What To Buy The Gamer In Your Life

Looking to buy an Xmas gift for the gamer in your life? Someone who knows their Pokémon from their Digimon, who’s already completed every shrine in The Legend of Zelda: Breath of the Wild or maybe glued to the video game pop culture zeitgeist?

Below, find Syrup’s gift guide to all things video games, from consoles to the best in-demand games of the year and some sick Mario apparel. Mamma mia, that’s a spicy capitalism. 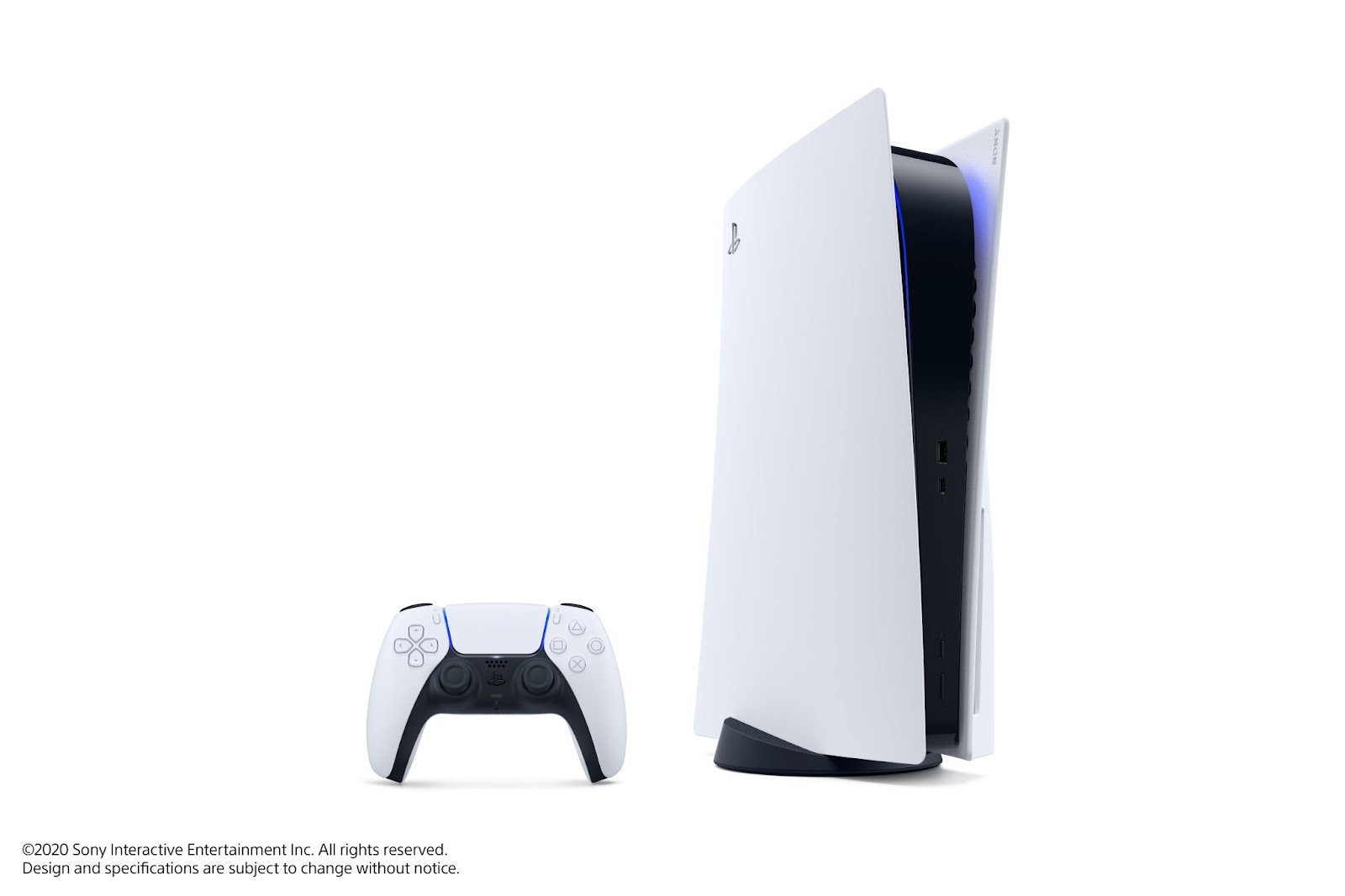 When it comes to the PlayStation 5, according to Kotaku, EB Games aren’t expecting stock till April next year, JB Hi-Fi have ~no idea~ when they’re getting a second shipment, and preorders from your other go-to electronic retailers—Harvey Norman, Target and Big W—go live on launch day, Thursday 12th November, and it’s unclear whether they’ll get more in stock in time for Xmas. According to Press Start Australia, you could *maybe* nab one off the Sony Store or Amazon if you dare, but it’s best to prepare for a backup gift or two, just in case.

It’s also worth noting that the PS5 and Xbox Series X aren’t gifts for the gamer not so close to your heart, in fact, they’re pretty pricey. There is a digital-only version that’s a little cheaper, but realistically, it’s not a good choice to invest in that given our Aussie internet speeds could barely run PlayStation Now, Sony’s gaming streaming initiative. The PS5 console alone will cost you about $749.95, plus a game at around $94.95-$124.95, and you’re looking at nearly $1000. It does have some A+ first party launch titles—Marvel’s Spider-Man: Miles Morales and Demon’s Souls—and third party games like Assassin’s Creed: Valhalla, Bugsnax and Watch Dogs: Legion, but, personally, I think it’s not worth investing in until there’s at least five games exclusively on the console you want to warrant the purchase—and, y’know, when the price goes down and EB Games sells it as a bundle.

Something to also consider: while the Xbox Series X will cost around $749, there’s a smaller, less but still quite powerful version of the new Microsoft console, called the Xbox Series S, that still gets the job done for $499—it just doesn’t offer native 4K resolution. Plus, with Xbox’s Netflix-like video game streaming service, Gamer Pass, which also grants you a 30-day trial to Disney Plus, you’re kinda set for games and entertainment for the uni break.

The 10 Best Games To Grab This Xmas Period

Stardew Valley is a soft and humble little farm life-sim game. Inspired by Harvest Moon, you play a new member of a smalltown and spend your days mingling with residents, caring for your garden and mining in caves. In my eyes, it’s the perfect game to listen to a podcast to, with calming and repetitive gameplay and no real-time day/night cycle like Animal Crossing—RIP Bones, I’m sorry I abandoned you. You can gift someone a physical copy of Stardew Valley on Nintendo Switch for $69 on JB Hi-Fi.

Paper Mario: The Origami King is the funniest game I’ve played this year. The latest in the Paper Mario franchise sees Mario explore a world transformed by origami and with some incredibly witty dialogue, charming characters and colourful world design and music to boot. Catch it on Nintendo Switch for $69 on JB Hi-Fi.

When COVID-19 and lockdown hit, Animal Crossing became a refuge for many. And, tbh, it’s still one of the best games to gift someone this holiday season, simply because it can last them nearly a lifetime. $69 on JB Hi-Fi.

A brand new game in the classique Crash Bandicoot series is officially here. This is, imo, the perfect gift for someone who wants a bit of PlayStation nostalgia. Catch it on PS4 and Xbox One for $79 on JB Hi-Fi.

The Yakuza series has always been an off-the-walls batshit crazy action adventure series about Yakuza boys in real life Japan, but Yakuza: Like a Dragon looks to take things even further with anime-esque combat and “dynamic RPG elements.” Whether you or your friend miss the hustle ‘n’ bustle of Tokyo or merely want to punch up some thugs with style, you can catch it on PS4, PS5 and Xbox One for $79 and $99 on JB Hi-Fi.

The Last Of Us Part II

When it released earlier this year, The Last of Us Part II quickly became the fastest selling game on the PS4—and for good reason, it’s bloody good. Not only did it give us some fantastic queer representation (!) but it was a strikingly well-made game with a meticulously designed world, immersive environment and stealth combat, and a narrative that puts some Oscar-nominated films to shame. $79 on JB Hi-Fi.

Something for both Final Fantasy and action RPG fans alike, Final Fantasy VII Remake is a gorgeous action RPG and modern remake of the classic PS1 JRPG Final Fantasy VII. It follows Cloud, an ex-mercenary as he joins up with a group of eco-terrorists on a mission to stop a big tech empire from draining the Earth of its natural resources. Sound familiar? Catch it on PS4 for $79 on JB Hi-Fi.

In Watch Dogs: Legion, you play as a group of underground hackers on their mission to rebel against a police state Britain in a post-Brexit world. But, unlike past games—or, really, any open world game before it—you can play as literally anyone you see in the game’s world. Each and every NPC in London has their own character traits, relationships and ties to the world that you can use and exploit to your advantage. Watch Dogs: Legion is available on PS4, PS5 and Xbox Series X for $79 on JB Hi-Fi.

The next epic RPG from the studio behind The Witcher, CDProjektRed, may have been delayed to the 10th of December, but it’ll still officially arrive before Christmas. You can catch Cyberpunk 2077 on PS4, Xbox One and PC for $79 on JB Hi-Fi.

If you’re shopping for someone who just bought a Nintendo Switch, getting them a cute custom case or skin is a great and affordable option. Here are a couple Syrup’s co-writer Monisha Rudhran and I have sent to each other via the DMs.

Is your gaming pal constantly talking about their bad back and feeling like that one meme from Howl’s Moving Castle that circulates on Twitter and Tumblr every few years? Then maybe consider giving them a Gamer Chair. No, sadly Froggy Chair is not on the menu. Keep scrolling for our best gaming chairs in our gamer gift guide.

If they’re a fan of pink, Overwatch or merely retweet or follow D.VA cosplayers and art, consider the Secretlab Omega 2020 Series in D.Va Pink SoftWeave for $704 AUD off Secretlab Chairs.

For those looking for a good recliner to get that BIIIIIG STRETCH, there’s the Secretlab TITAn 2020 Series in Stealth for $664 AUD on Secretlab Chairs.

If you want something to sleep in that’s Gamer Appropriate, consider this: a Pokémon sleeping bag/chair (???) in the shape of Metapod. The sleeping bag, poorly translated to “I definitely don’t want to go out,” is 1.5m x 1.7m long, 9.7m tall and priced at 35,000 ¥—so roughly $500 AUD. Sure, it may be summer here but that’s no excuse not to curl into your cocoon, switch on some Netflix and have a good snooze. The official Metapod sleeping bag isn’t available in Australia, so if you fancy it for yourself or a friend, you’ll have to get it off the Bandai Japan store. 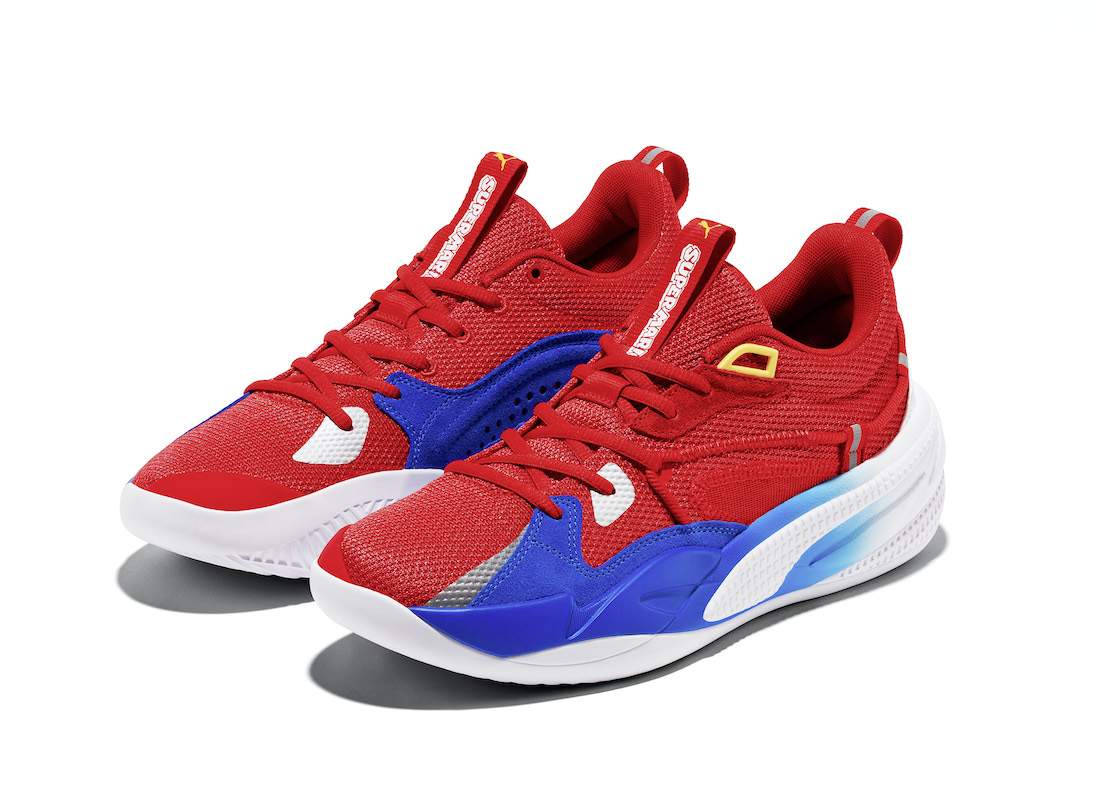 Back in September, Puma debuted this ~incredible~ pair of RS-Dreamer sneakers inspired by the colours of our favourite red-overall-wearing mustachioed Italian plumber in the Nintendo 64 classic Super Mario 64. Sadly, it’s sold out on the official Puma website, but you can get it off StockX in new condition from prices ranging from $138 AUD-$317 AUD, depending on your size.

As that one Don’t Hug Me I’m Scared video says, “get creative!” Is your gamer pal a creative gamer? Do they know their Minecraft from their Dreams? Does their Steam library consist of nothing but building sims and Rollercoaster Tycoons with over 1000s of hours of playtime? Well then, why not for your gamer gift guide, consider giving them a pair of Levi’s x LEGO branded 501 jeans, which come with two customisable silicone LEGO baseplates.

Review: Hyperbole aside, acquiring a pair of Levi’s x LEGO jeans has been a highlight of my wardrobe. Not only is it super customisable and fun to play around with, but they’re comfy and fit around exactly where you want them to (thnx Levi’s bby). The jeans come with a small pack of pieces to play with but I recommend investing in a little LEGO man to join you on your adventure in the big outdoors. For an extra fun gift, throw in a stupid LEGO piece related to an inside joke between you and your friend.

One of the most anticipated games of the last decade has turned out to be a big old mess.

In a genre about transhumanism and augmentation, this is immensely disappointing.