All The Fire Alphets From The Billboard Music Awards 2020

Yesterday, the Billboard Music Awards 2020 happened. Tbh, it didn’t have the same cultural impact as say MTV’s VMAs, but it did debut some wickedly fire fashion.

Billie Eilish took home two awards on the night, Top Female Artist and Top Billboard 200 Album for her album, When We All Fall Asleep, Where Do We Go? Accepting her awards, Eilish donned a matching silk brocade look from head-to-toe, including an oversized button up and baggy pair of trousers, similarly-patterned silk brocade face mask and bucket hat, white sneakers and silk brocade acrylic nails.

Then, my husband and gay rodeo king, Lil Nas X, won four awards on the night, and stole the Billboard Music Awards 2020 show with a python-green Prince inspired fit. I’m talking, matching python-green leather blazer and flared pants, with a lime green button up with a pussy bow underneath, paired with orange-tinted aviators with custom chain ends that lead to giant heart shapes, and the piece de resistance: thick, permed curls styled over the right side of his face.

Doja Cat performed a remixed Chicago meets Cabaret-inspired medley of her TikTok hits “Juicy,” “Say So,” and “Like That.” Dressed in an embellished bodysuit with a fringe skirt, fishnet stockings, bright orange hair and bold dark red lipstick, she looked fit to play a part in a new rendition of the two musicals.

Lizzo and Lily Singh took their red carpet reveals as an opportunity to encourage people to vote and remind people that Breonna Taylor’s murderers have still not been charged. And, uh, Sia appeared, dressed as what can only be described as Lady Gaga meets freshly cooked spaghetti by the Swedish Chef from Sesame Street.

You can check out all the best looks from the Billboard Music Awards 2020 below. 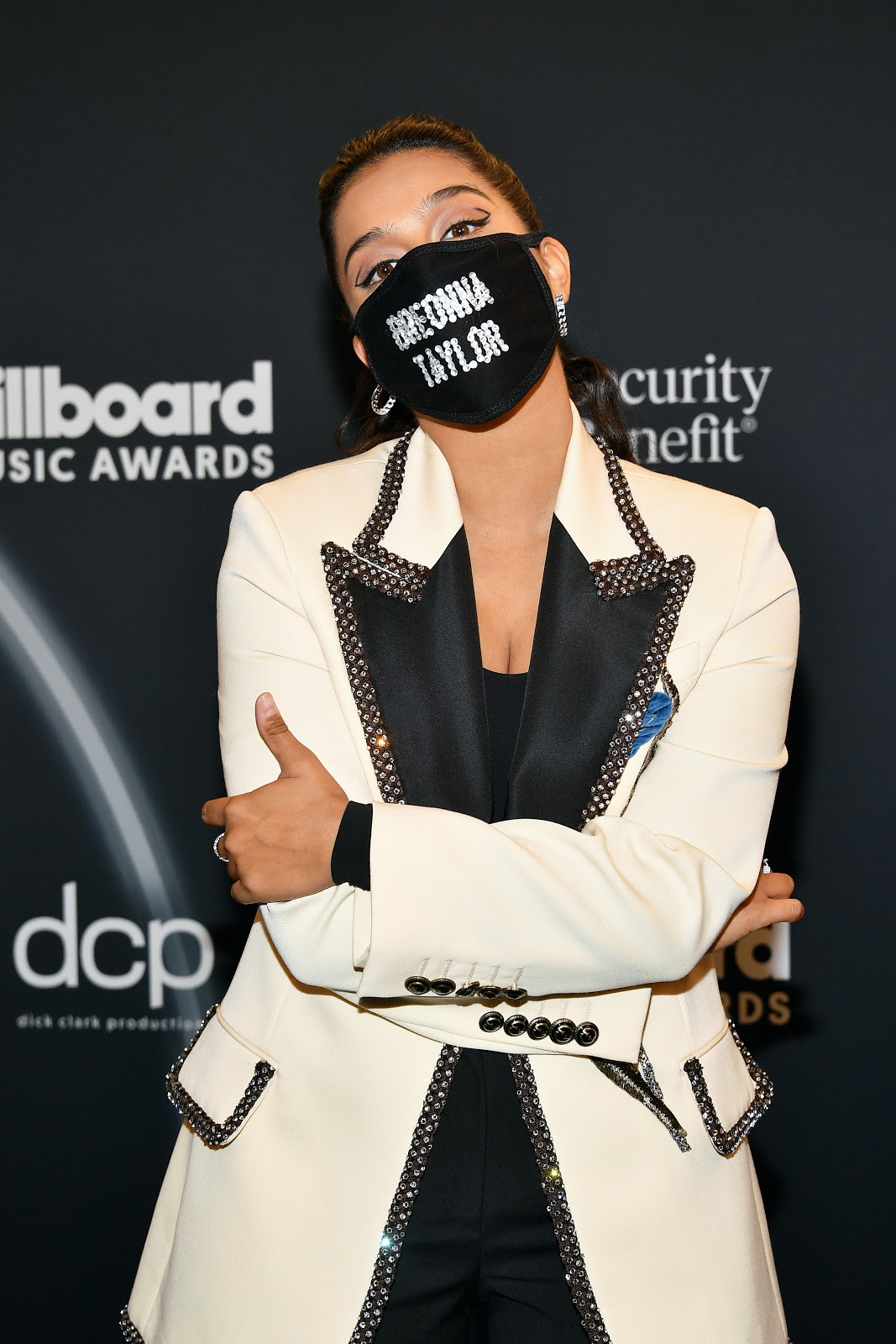 All images are courtesy of Amy Susan, Kevin Mazur and Kevin Winter, via Getty Images.

"I guess it just became more in line with my personal ethos."